Why Have Audiences Gone Mad for the Multiverse? 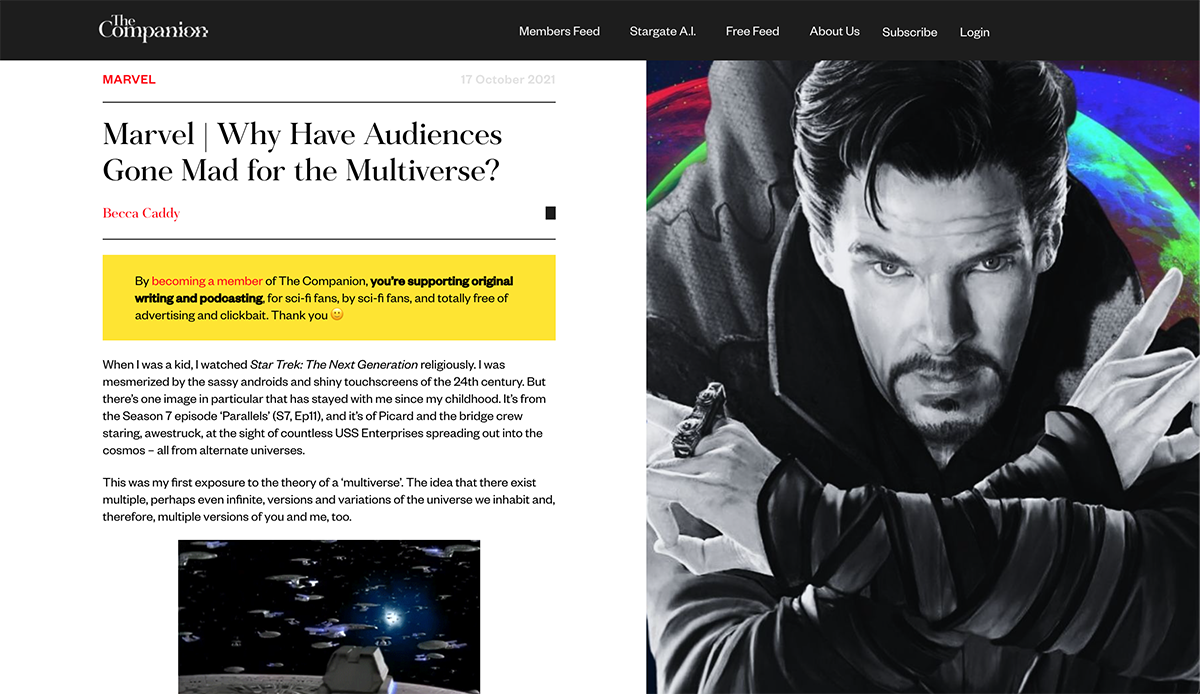 When I was a kid, I watched Star Trek: The Next Generation religiously. I was mesmerized by the sassy androids and shiny touchscreens of the 24th century. But there’s one image in particular that has stayed with me since my childhood. It’s from the Season 7 episode ‘Parallels’ (S7, Ep11), and it’s of Picard and the bridge crew staring, awestruck, at the sight of countless USS Enterprises spreading out into the cosmos – all from alternate universes.

This was my first exposure to the theory of a ‘multiverse’. The idea that there exist multiple, perhaps even infinite, versions and variations of the universe we inhabit and, therefore, multiple versions of you and me, too.

The theory itself remains controversial in scientific circles because it’s extremely hard to test and prove it, leaving it open to multiple and highly complex interpretations. Whilst the scientific community remains hesitant,  multiverse theory now appears to have gone fully mainstream. It’s provided fodder for sci-fi screenwriters and authors for decades, but in recent years it’s popped up as a core component in many highly profitable movies and, going by the trailers and synopses of upcoming features, it’s about to appear in many more.

What’s happened to turn a fringe scientific theory into comfy box office?  The storytelling potential has always been there, but is it that audiences are now more science-savvy? Or has the notion of multiple universes taken on new appeal?