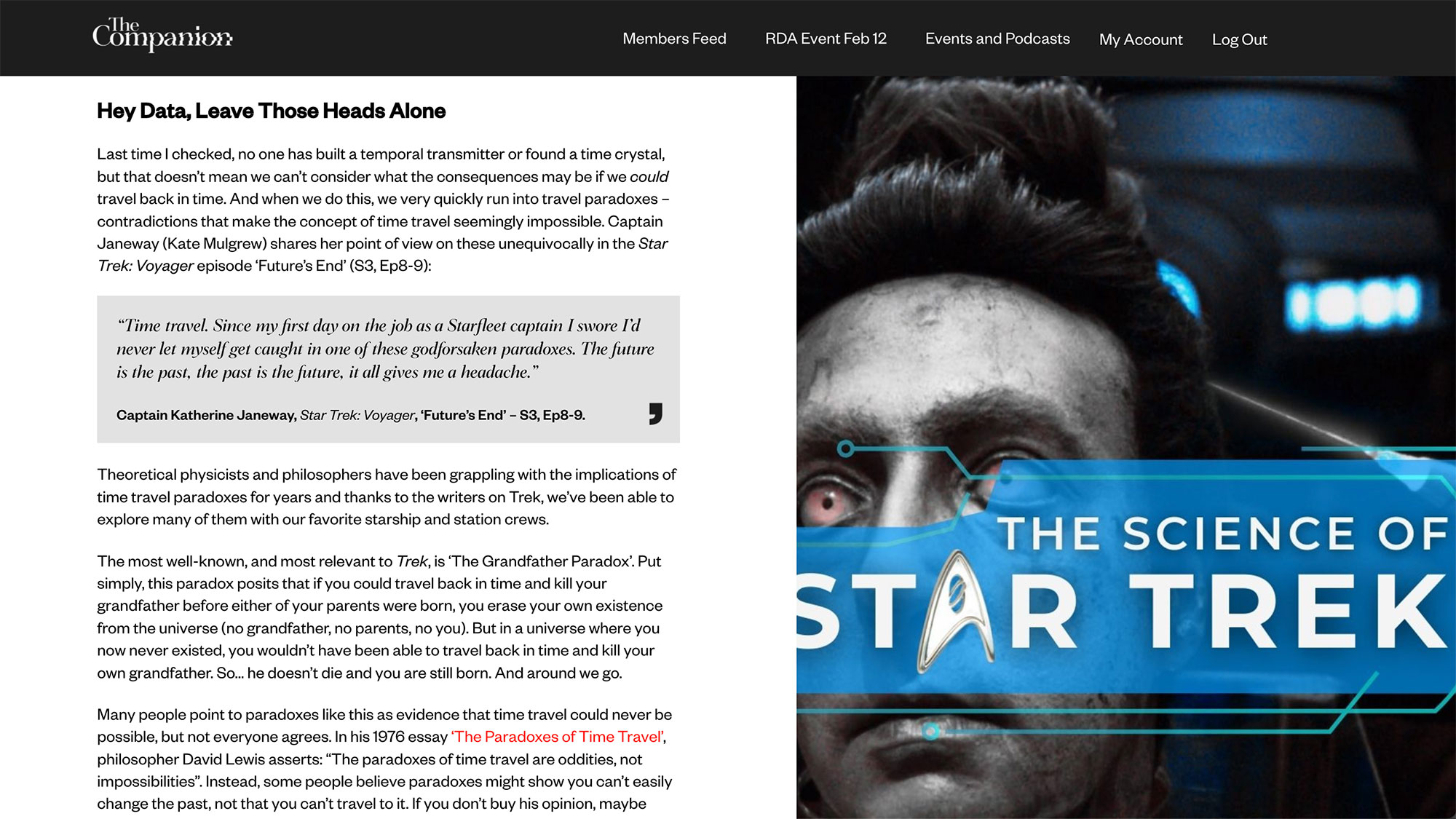 Data (Brent Spiner) was created around the year 2336 by cyberneticist Doctor Noonian Soong (also Brent Spiner) on the planet Omicron Theta – 300 years from the present day on the distant edges of Federation space. How, then, did his head come to be discovered in a cave on Earth that had been sealed shut since the late 1800s, more than 500 years before?

This is how Star Trek: The Next Generation’s Season 5 episode ‘Time’s Arrow’ (S5, Ep26) begins, causing both the crew of the Enterprise and the audience at home to immediately think the same thought: WTF is going on?

But Data is characteristically chill. “At some future date, I will be transported back to 19th century Earth, where I will die,” he says. “It has occurred. It will occur.” Although Data didn’t actually die, he did leave his head in the past, the same one found five centuries later.

‘Time’s Arrow’  is one of my favorite examples of Trek’s many excursions into the brain-aching brilliance of time travel storytelling. It poses a centuries-spanning sci-fi riddle that forces us to conduct our own thought experiments and to ask ourselves: if we change the past, do we change the future?