The Science of Voyager’s ‘Threshold’ (No, Janeway Can't Turn into a Newt) 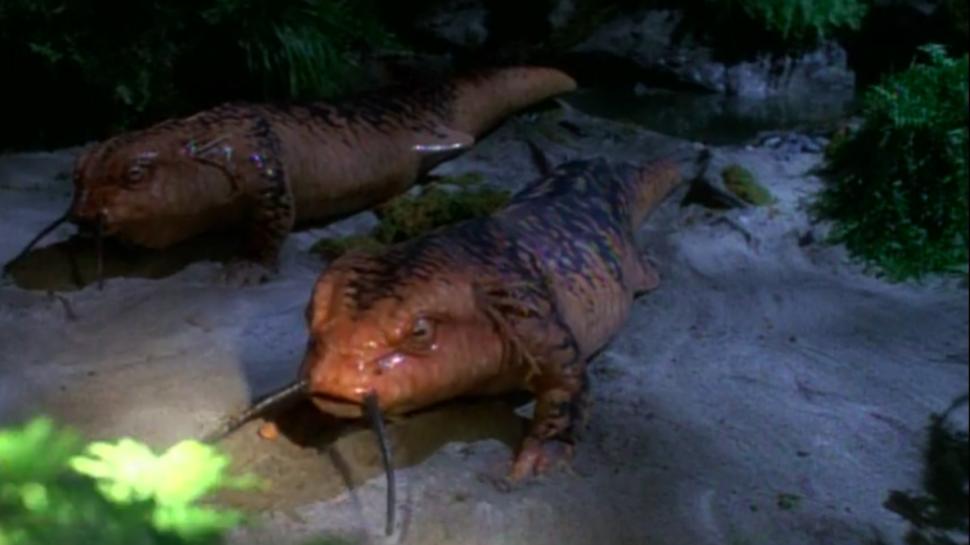 Say “Threshold” to any Star Trek fan, and you’re bound to get a reaction—a laugh, an eye roll, a scream, an exasperated sigh so loud you could hear it from the outer edges of the Alpha Quadrant.

Fans celebrate its anniversary on social media—#ThresholdDay is on January 29—and have had tattoos honoring it. When I asked people I know their opinions, I heard the whole gamut, from “oh, it’s fun” to “it’s annoying”, “it’s the worst kind of Trek,” and “You can never truly recover after seeing it,” and “I remember yelling.”

For the uninitiated, ‘Threshold’ (S2, Ep15) is the name of a Star Trek: Voyager episode that’s bonkers, divisive, and appears on almost every ‘the worst episodes of Star Trek’ list I’ve read.