The Science Behind Discovery's Mycelial Network 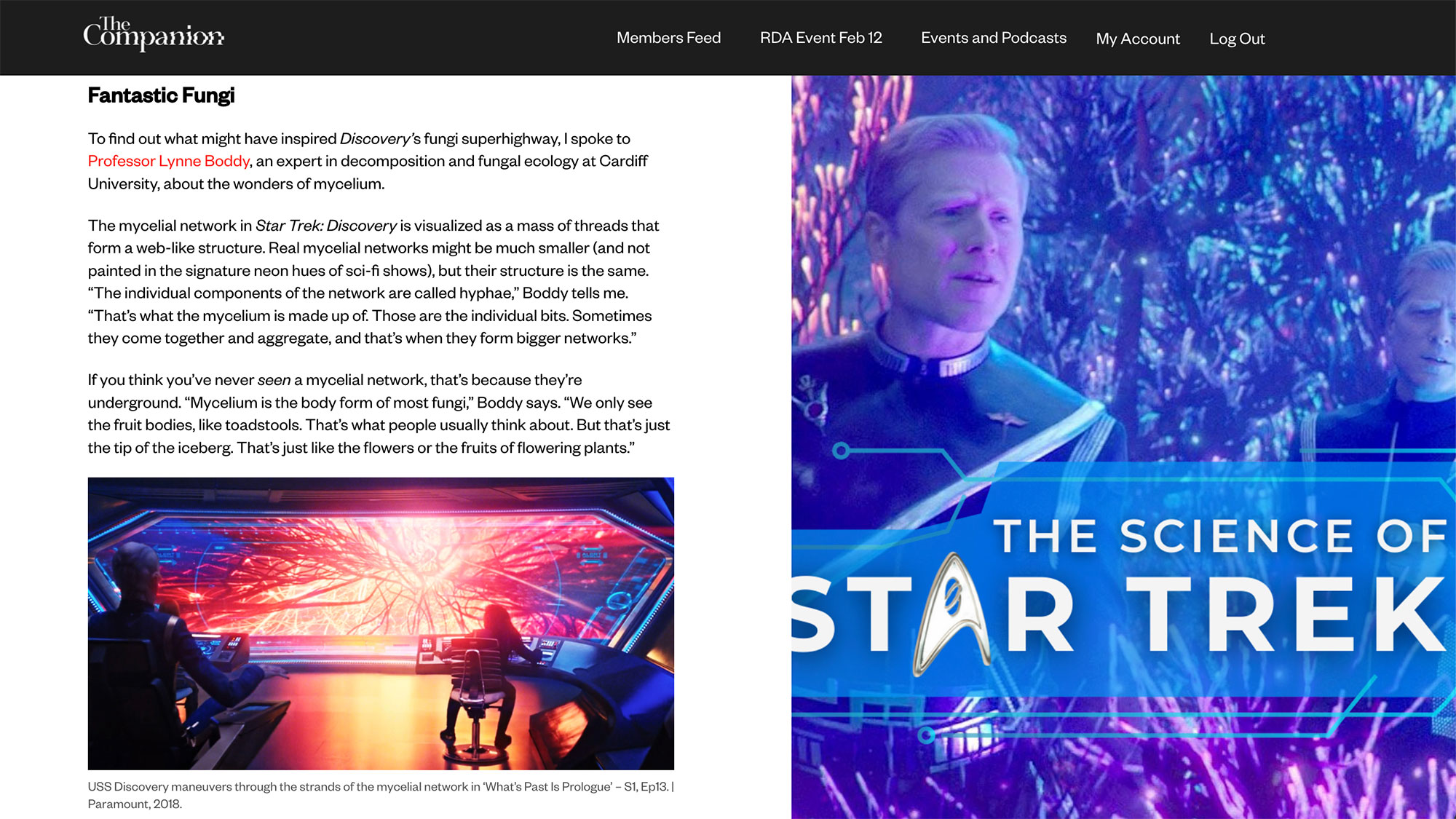 Since the dawn of Star Trek, we’ve witnessed all kinds of fantastical methods that enable characters and spacecraft to travel vast distances.

The extra-galactic Caretaker dragged USS Voyager more than 70,000 light-years into the distant Delta Quadrant at the start of the series (Star Trek: Voyager, ‘Caretaker’ – S1, Ep1/2). A talking time portal on an alien planet sent Doctor McCoy, Captain Kirk, and Spock hurtling back to Earth in the 1930s (Star Trek: The Original Series, ‘The City on the Edge of Forever’ – S1, Ep28). The mysterious Traveller used its thoughts to propel USS Enterprise-D to the distant edges of the universe (Star Trek: The Next Generation, ‘Where No One Has Gone Before’ – S1, E6).

Oh, and steer clear of the Q, wormholes, and other weird-looking space anomalies. They could send you to any place or any time with little warning.

We can’t explain most means of space, time, and interdimensional travel in Trek outside the realm of science-fiction – even the existence of wormholes is, at the time of writing at least, theoretical.

But one is based on real-world science (well, to some extent), and that’s Star Trek: Discovery’s mycelial network. USS Discovery’s astromycologist Paul Stamets calls this network “the veins and muscles that hold our galaxies together” (Star Trek: Discovery, ‘Context Is for Kings’ – S1, Ep3), and it enables the ship to travel through space – and venture into alternate universes.

According to Tor.com, the show’s executive producer and co-showrunner, Aaron Harberts, revealed that Discovery’s mycelial network is based on ideas from a book published in 2005 called Mycelium Running by mycologist Paul Stamets. (That’s right, USS Discovery’s Paul Stamets is named after a real scientist.) Mycelium Running is about how to grow mushrooms but, like the networks it describes, it branches out to become what Stamets calls “a mycological manual for healing ecosystems.”

This isn’t the first time Star Trek’s creators have taken a seed of science fact and developed it into science-fiction. But to what extent is Discovery’s network truly based on our knowledge of mycelial networks here on Earth?