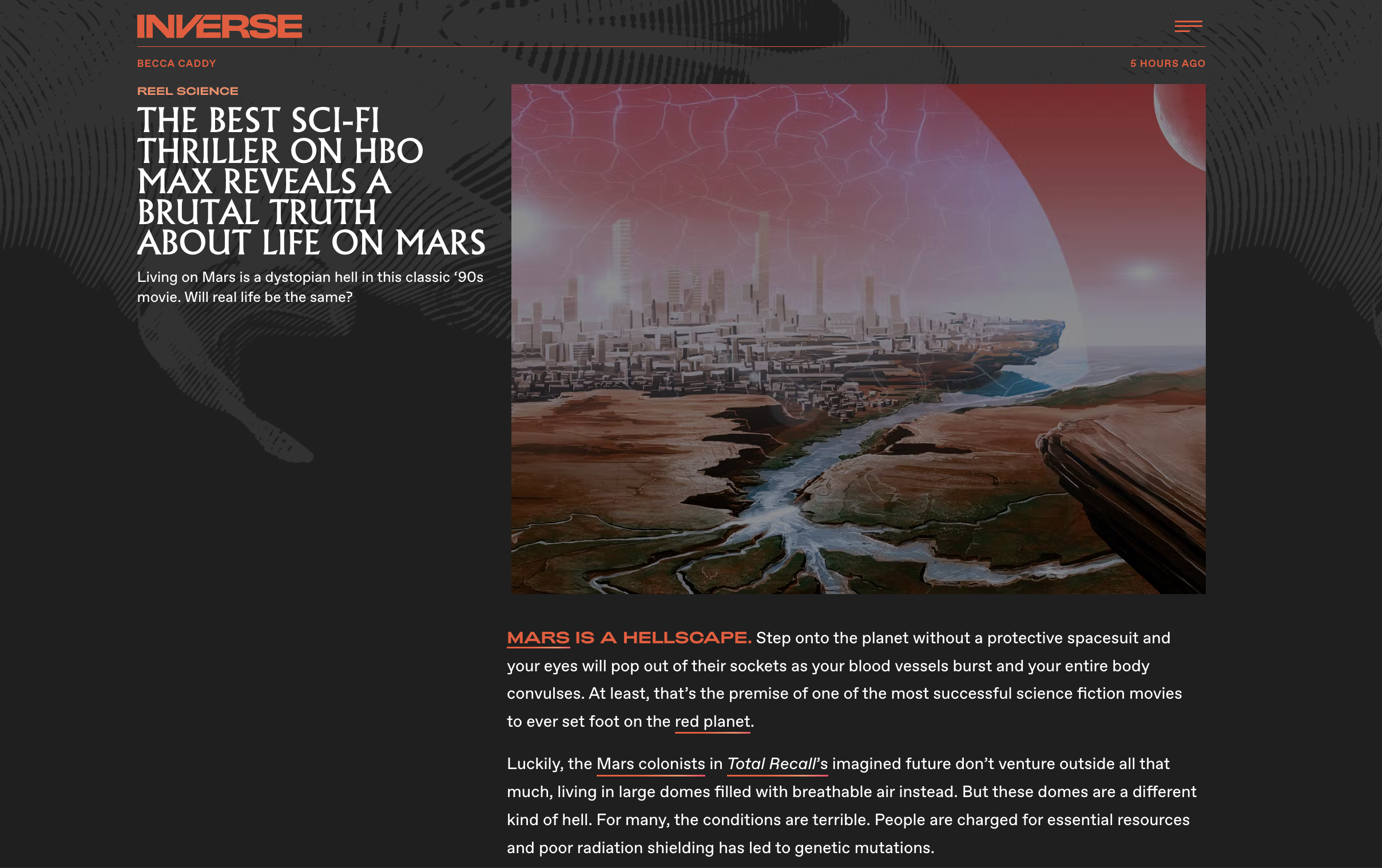 MARS IS A HELLSCAPE. Step onto the planet without a protective spacesuit and your eyes will pop out of their sockets as your blood vessels burst and your entire body convulses. At least, that’s the premise of one of the most successful science fiction movies to ever set foot on the red planet.

Luckily, the Mars colonists in Total Recall’s imagined future don’t venture outside all that much, living in large domes filled with breathable air instead. But these domes are a different kind of hell. For many, the conditions are terrible. People are charged for essential resources and poor radiation shielding has led to genetic mutations.

But the Arnold Schwarzenegger vehicle from director Paul Verhoven also forces us to consider the harsh realities of life on Mars — and how those in power might one day control the planet’s precious resources. Is Total Recall a vision of humanity’s future life on Mars? Let’s take a closer look.