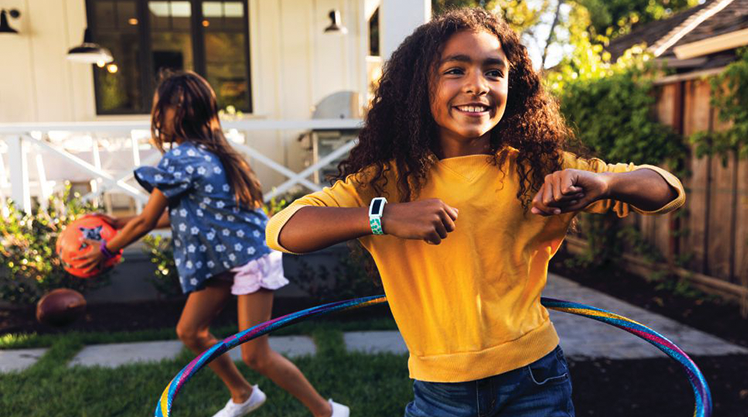 Fitness trackers have been around for years, but only recently have they been engineered for children with kid-friendly designs and a simpler set of features.

They may be the two most recognizable names in kids wearables, but they’re not the only ones on offer, there’s also the Kurio Watch, Leapfrog Leapband and Vtech Kidizoom Smartwatch, as well as many others.

The features these wearables offer differs from tracker to tracker. Some are focused solely on activity, others are like mini smartwatches, with lots of features on offer and a whole other category of kids wearable focuses solely on location.

Once considered quite niche, since Fitbit released the Ace children’s wearables have become more and more popular. Although there are no official figures on activity tracker sales for kids.

Gartner predicts wearable device sales will grow 26 percent in 2019 and acknowledges children’s devices are now a key segment of the market.

But why would your child need a fitness tracker?

Physical inactivity is an increasing public health problem among children and teens across the globe. According to the World Health Organisation (WHO), insufficient physical activity is one of the leading risk factors for death worldwide. Stats suggest that more than 81% of adolescents between 11 and 17-years-old were insufficiently physically active.

Furthermore, the WHO reports that the number of overweight and obese infants and young children (aged 0 to 5 years) increased from 32 million globally in 1990 to 41 million in 2016.

There’s clearly a problem with inactivity and obesity, but can a fitness tracker solve that?