This pulse tracking wearable can help you get pregnant

WAREABLE, 10 MAY, 2017
From detailed calendars to basal body thermometers, tracking your cycle to work out the best time to conceive is far from new. But with the help of smarter devices and fertility tracking wearables, many are getting a better, simpler and more accurate grasp on when they’re most likely to get pregnant – and most likely to not get pregnant – than ever before. Today self-proclaimed ‘Fitbit for fertility’ Ava tells us it can make fertility tracking even more precise by measuring a different data point – your pulse.
Many connected self devices and fertility tracking wearables collect data about temperature, which has been used as a marker for fertility for a long time. Wink claims to take your temperature four times faster than a standard thermometer and feeds data into the Kindara app. The Yono in-ear thermometer takes your temperature from within your ear as soon as you wake up. Daysy is meant to be super accurate and works alongside an app to give you a precise idea about when your fertile window will be. Then there’s also tracking apps like Glow and Clue, which can sync up with the wearables above or be used on their own as advanced cycle tracking tools that predict when you’re most likely to be ovulating based on data from past months. And that’s just the beginning.
Read the full feature 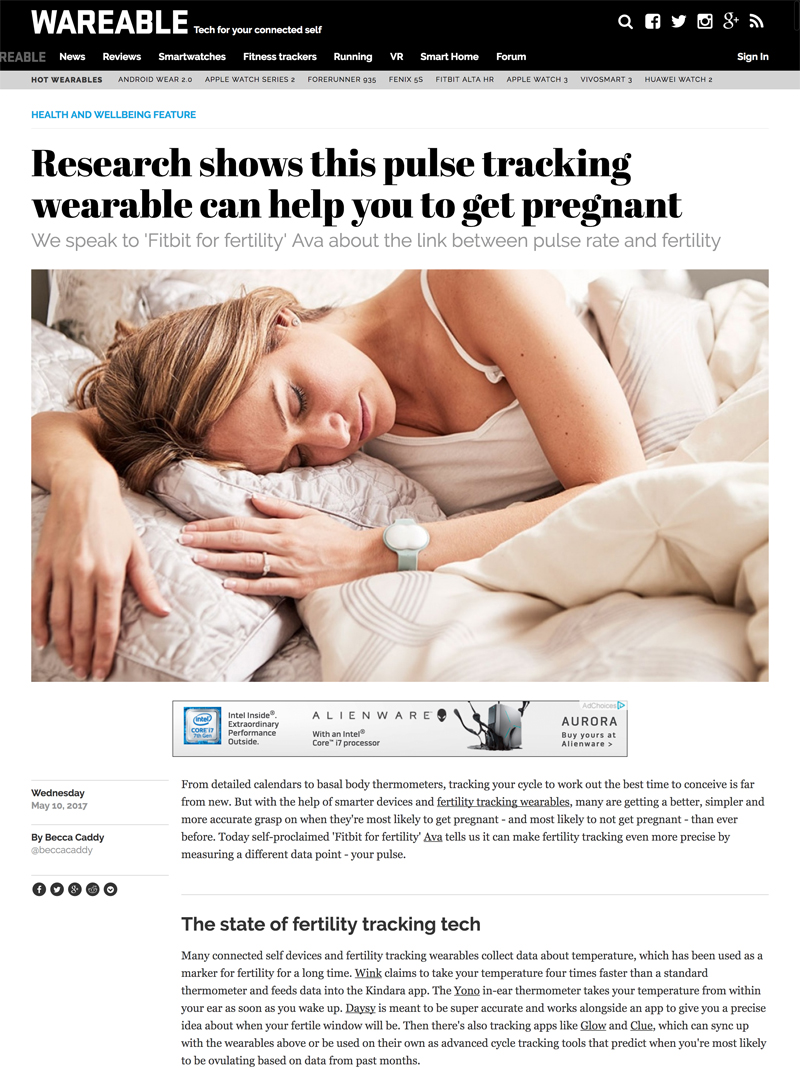