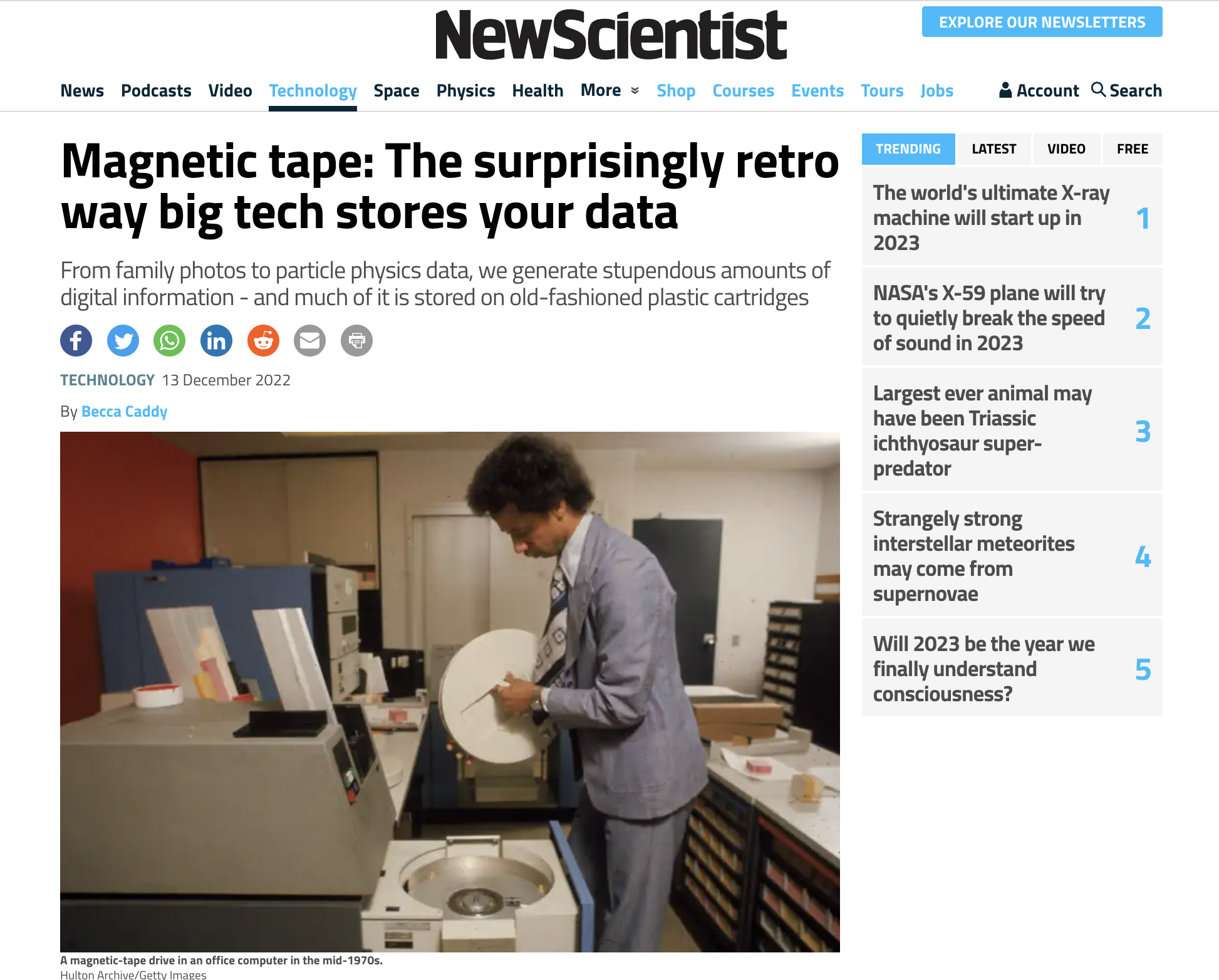 WE HUMANS are hoarders. We love to amass information. And these days, with digital storage at our fingertips, we stockpile ludicrous amounts of the stuff, whether it is on hard drives at home or in the cloud. You might be surprised to discover, however, that a hefty chunk of the information we are holding on to today – from backups of your emails and photos to particle collision data from the Large Hadron Collider – is stored not on sleek hard drives, but on clunky plastic cartridges containing coiled ribbons of magnetic tape.

That’s right, much of the world’s data is stored on tape – many thousands of kilometres of the stuff. While that may induce nostalgia for those who are old enough to remember making mixtapes and recording songs off the radio to cassette, tape technology has advanced enormously. So much so that researchers today are increasing its storage capacity at a rate that outstrips its rivals.

Even tape has its limits, though. We are generating so much data that eventually it will be impossible to store everything. Then what?

To be clear, the tape we are talking about here isn’t quite the same as the cassettes that were once stacked high in the bedrooms of children of the 1980s, even if it is basically the same technology. The difference is that old-fashioned cassette tape is analogue, whereas the version used for data storage today is digital – meaning the information is stored in zeroes and ones.