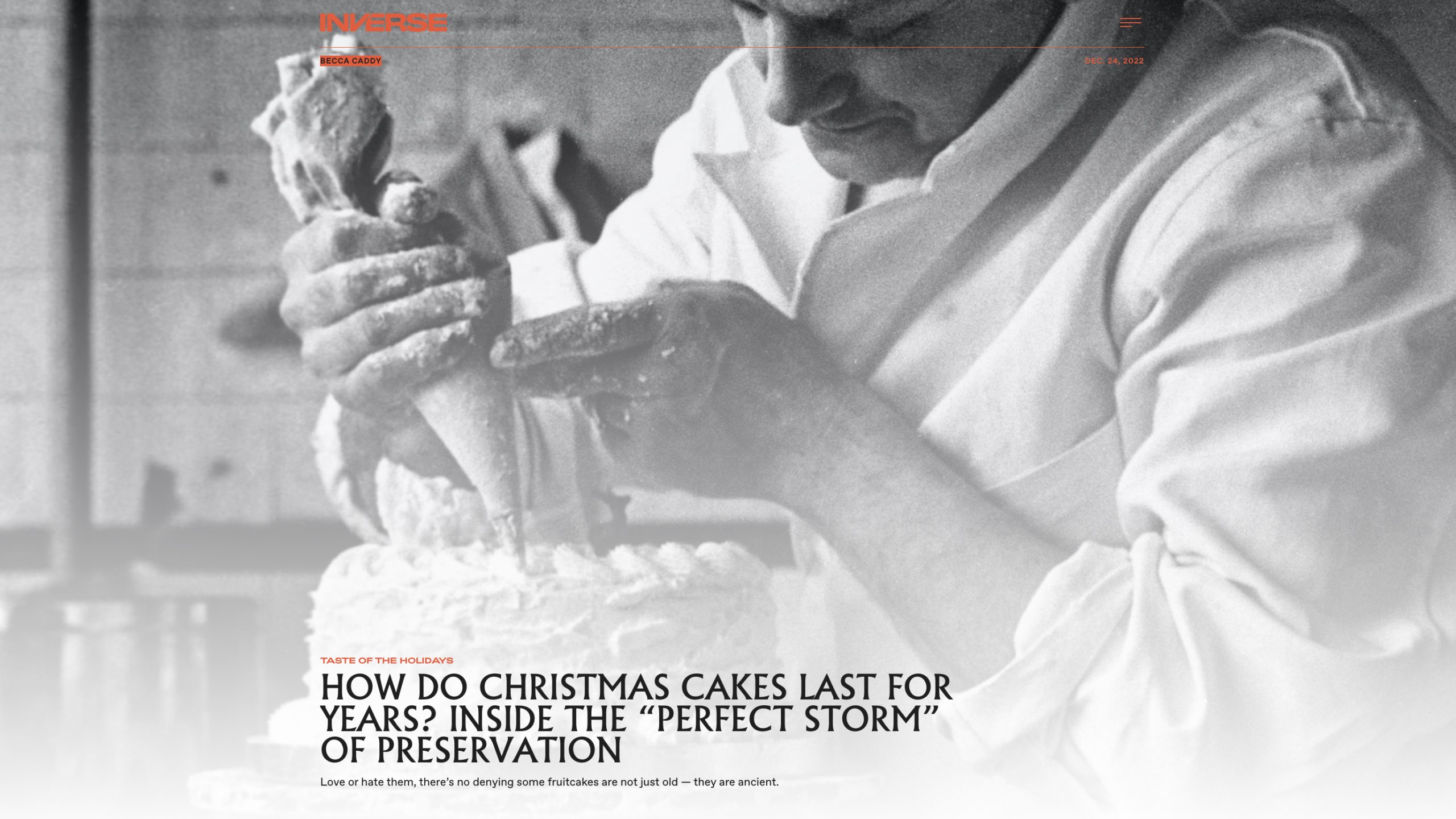 FRUITCAKE MAY NEVER SEEM TO GO BAD, BUT ITS REPUTATION IS ROTTEN.

A mainstay of the holiday season, it is about as welcome in some houses as a lump of coal or a cousin’s unexpected (and uninvited) plus one. In the 1960s, former The Tonight Show host Johnny Carson became the unofficial figurehead of fruitcake phobia, joking: “The worst gift is a fruitcake. There is only one fruitcake in the entire world, and people keep sending it to each other, year after year.”

He kept up the act. In a 1985 stunt, a fruitcake was wheeled onto the show set on a forklift and broke Carson’s desk because it was so heavy. In 1989, he brought a demolition company into the studio to prove that even industrial machinery, sledgehammers, and explosives couldn’t penetrate the hard and seemingly indestructible fruitcake.

Did Carson have a personal problem with fruitcakes? Or did he merely say out loud what everyone else was thinking? That fruitcakes are tasteless, hard, stodgy, stale, inedible, and boring. Fruitcake defenders, meanwhile, insist that any taste and texture problems are the fault of poor preparation, not the cake. But love or hate them, there’s no denying some fruitcakes are not just old — they are ancient.