From cheating to pregnancy reveals, wearables know what you're doing intimately 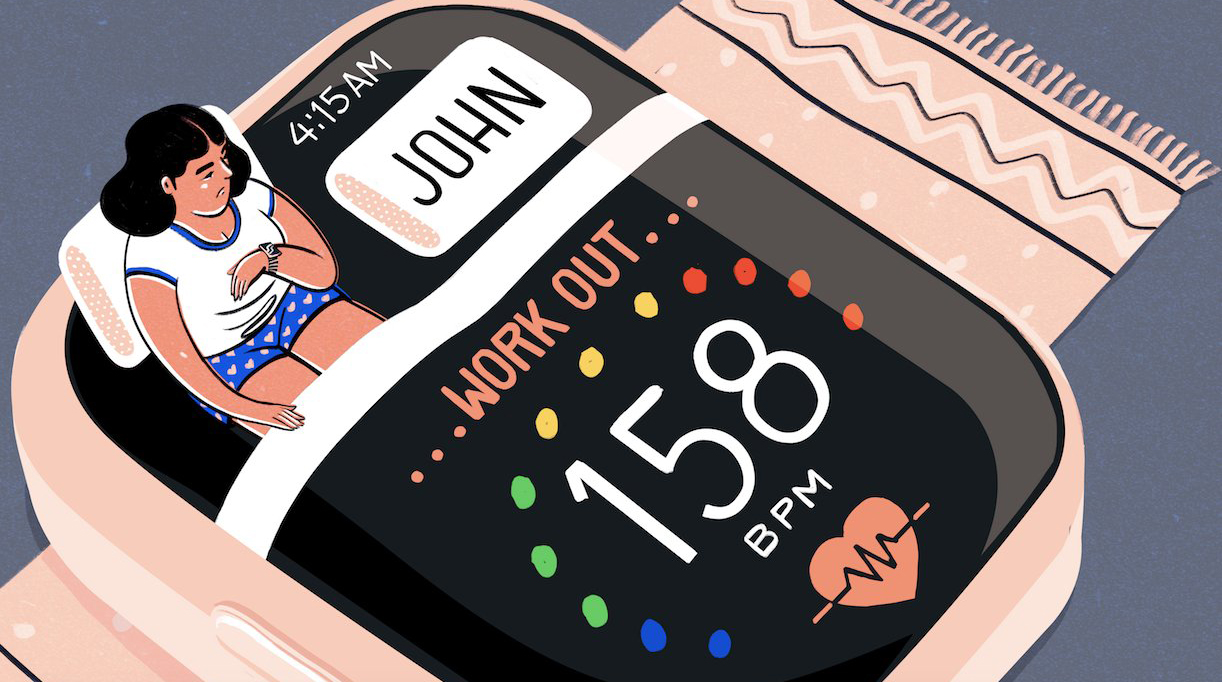 REMEMBER WHEN WEARABLE DEVICES COULD ONLY TRACK YOUR 10,000 STEPS A DAY GOAL AND LITTLE ELSE?

Now wearables can track your location, stress levels, blood oxygen levels, heart rate, and much more. Smartwatches can even do all this while taking calls and receiving texts.

But it’s an unintended consequence of wearable devices that could prove to be the most interesting – their effect on relationships. Users have been sharing stories of wearables driving both positive and negative discoveries in intimate relationships via social media. Experts also report that this same technology could one day advance to prevent conflict between couples — or even tell you how connected you are to your significant other.

As wearable technology advances in scope, demand has risen. Statistics show the number of connected wearable devices on the market globally has doubled from 325 million in 2016 to 722 million in 2019. More than 81.7 million adults in the United States now own one.

Technology brands want people to buy their wearables and use them regularly. One way users are motivated to strap their smartwatch on day after day (and not leave it in a drawer) is with competitive elements. Research suggests that social competition can motivate people to work out more — that’s why major wearable brands, including Fitbit, Apple, and Garmin, make wearables that track your data and make it easy to share that data.