Captain Marvel: Why we need female superheroes now more than ever 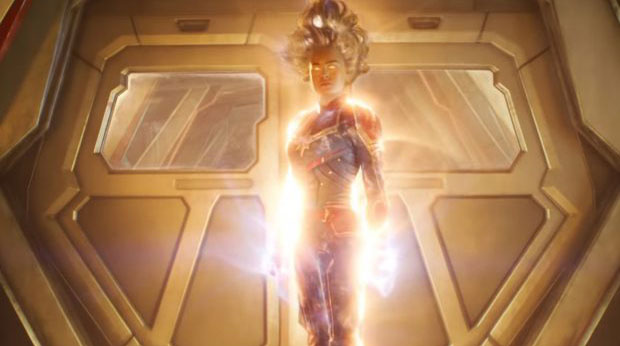 Captain Marvel is now playing on cinema screens across the country, bringing a dose of ’90s nostalgia, alien space battles and a female superhero to us all. Not only is this good news for the Avengers, who are in desperate need of a super-strong, spacefaring hero after Thanos’ finger-snap of doom, but it’s also a refreshing and much-needed change to Marvel’s superhero line-up – because female audiences need superpowered leading ladies too.

I first saw Return of the Jedi on my fourth birthday when it was shown on British TV for the second time. This movie experience struck a chord with tiny me for two reasons – I desperately wanted to cuddle an Ewok, and I definitely wanted to be Princess Leia.

My admiration of Leia and love of Star Wars carried over into adulthood. But, as inspiring as she is, who else was there for me to identify with? All the boys had Luke, Han, Chewie, or even Vader to identify with, but if you were a girl all you got was Leia aaand… that green dancing girl in Jabba’s palace?

But this isn’t surprising. Male viewers have always been given more characters to identify with – especially in genre movies. Women, more often than not, are a love interest or a plot device, or some other tired stereotype.

Only recently have we begun to see a more driven effort in comic book movies to put female characters on an equal footing with their male counterparts. The arrival ofCaptain Marvel is significant because it’s the first time in Marvel Studios’ entire ten year run that the titular character is a superpowered leading lady. 1 out of 21 isn’t balance, but it’s a start!