Can you get fit in virtual reality? 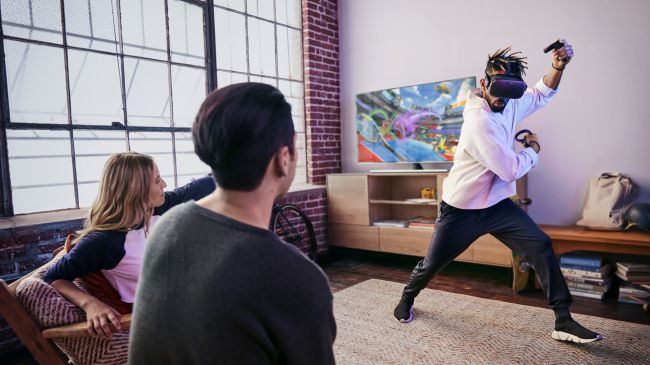 Music is pounding. Neon lights are flashing all around me. I duck, dodge, and side-step, my hands lash out in every direction. But this isn’t some new martial arts fitness craze or a high-energy spin class. It’s a VR game called Beat Saber that I’m playing on the Oculus Quest headset. I’m working out in VR – and it’s fun.

Launched in May 2018, Beat Saber has quickly become one of the most popular VR games.

In March 2019, UploadVR reported that Beat Saber had officially sold one million copies, it’s garnered a huge online following and has even been featured on The Tonight Show with Jimmy Fallon – if you’ve ever wondered how good Brie Larson is at wielding a saber, click the link to find out.