Brains ‘are nearly 20% smaller than they used to be’ but does this matter? 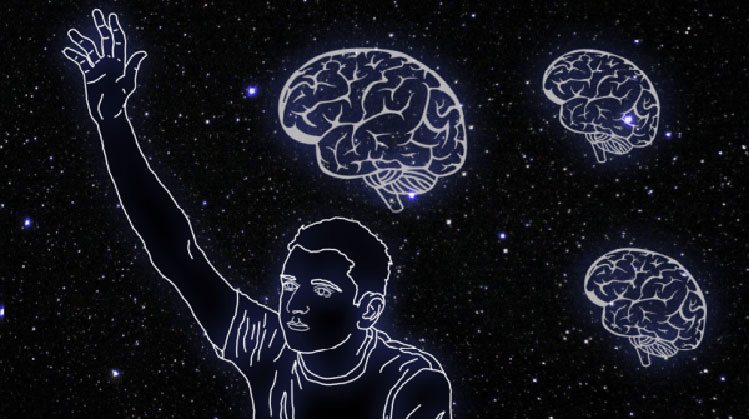 Our brains are getting smaller.

They may have shrunk by around 17.4% over the last 20,000 years, research suggests. And unlike the controversial claim that people are growing ‘horns’ in their skull due to phone use, our shrinking brain problem can’t be blamed on modern technology.

‘There are indications from the fossil record that suggest that our brains have become somewhat smaller in the past 10,000 to 20,000 years,’ Michel A. Hofman, professor of neurobiology at the Netherlands Institute for Neuroscience, tells Metro.co.uk.

This is well before the advent of the smartphone.

Actually, in more recent times, evidence that this shrinkage is continuing has been difficult to find.

‘There’s absolutely no scientific evidence that the modern human brain has been getting smaller during the last centuries,’ Prof Hofman says.

‘Generally, these stories are based on inappropriate datasets and bad statistics.’

This ‘estimate’ is because there aren’t any old brains to look at – just best guesses from endocranial casts, models made of the inside of old skulls.

They give an indication of how brain size, shape and surface has changed over the millennia, but some scientists believe they provide only limited data.

Despite the lack of definitive proof, it’s still a concerning prospect to wrap our shrinking heads around.

Although smaller and smaller phones, laptops and computers might be a sign of progress, losing that all-important grey matter doesn’t sound as appealing.

Why are our brains getting smaller? What does this mean for the future? And does a smaller brain mean we’re becoming less intelligent?